A new addition to the site is a column written by a man who loves to wear panties. It’s going to include his reviews of panties made for men and men’s toys.

I will be writing reviews of those items we still have and I still use, as well as some comments about ones that were either ineffective or just plain strange to use.

Then a month or two again, on impulse, I put on some of KittenHeels underwear. It was a new experience for me. Not bad and by her comments, I looked sexy. The only problem was they just didn’t fit right. I seem to have this whole “penis” thing that women’s underwear simply doesn’t account for. My balls kept falling out the side and every time I got even slightly aroused, my erection would push up and out the top and chafe against whatever I was wearing on the outside. Or just poking free if I was wearing nothing else, begging the question “Do you want to have sex?”

But really, wearing smooth women’s underwear just causes arousal in some men, myself included. It doesn’t mean I want to have sex right at that moment, it just means the fabric feels good rubbing against me. Not ashamed to admit I masturbated in those panties and it was incredible.

But back to the package not being contained. I started looking at other underwear, sexy underwear designed for a mans physiology. I started simply, with underwear that was thong, some had ruffles or lace, some was transparent mesh. I’m not sure how many pair I have now, probably around a dozen, but the collection grows all the time.

What better way to increase my collection and experiment with new things than to share it on this blog for our readers, give insight and hints, reviews honestly, and let you know where to buy them. To that end, I’ll be writing a review, with photos (marketing photos from them, and photos of me wearing them), about once a week. Most of them come from Amazon, so if you use our link, we get a little back as well.

I’ll also be making a longer list of my top underwear and toys for you, all consolidated and nice and easy to read.

I look forward to showing you my panties! 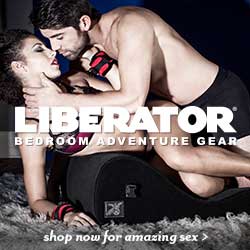